Hello Everyone, this is a summary of my daily life in public transport on the way to work in Paris while living near Paris. With all the delays, strikes, problems on the railway and trains, I had a lot of time to write how I live each day with those problems. And this feedback is just what has happened to me within the 2 last weeks. I started the story on my way back from Lille (basically from 11th december 2014 until christmas). Just imagine how it is every work day, of every month of all the entire year since I lived in Ile de France… During those 2 weeks no construction were scheduled, it’s just normal days!!!! This is how public transport are in Paris and around. To make it understandable to everybody I wrote it in english. It’s not perfect since English is not my mother tongue. Thank you very much to Clem’z, the Man of the Garrigue, a skilled Geek and a Beer’s Brewering Expert, who corrected a lot of mistakes ^^. Sorry for my bad english, I improve everyday, little by little, but it seems everyday is not today ^^’

I walked along with a french middle-aged woman who was smoking in front of a no-smoking sign. It makes me mad when people are so uncivilized, so egoistic, so annoying!

At Gare du Nord I wanted to take a taxi to go home, because my boss asked me to do so, since I was carrying heavy luggages related to business. But at the taxi station, no taxi and already 20 people waiting. It’s a funny situation since french taxi drivers are always complaining that business is getting worse and worse. That is what they say everytime I take a taxi and speak with them. Business is so bad that they even make strike against lack of customers. Tonight I felt like the truth might be somewhere else and lack of passenger is perhaps a consequence of lack of work, and lack of professionnalism.

So I make may way back trough Gare du Nord back to the subway’s entrance. I had to buy a ticket for RER. As vending machine were out of order with informatic failure, I had to queue to buy a ticket to someone at the desk. An angry employee spit the ticket and vomit the informations I asked for the fastest way to go home (I’m still not parisian and still need informations from RATP and SNCF staff members). It was a really unpleasant conversation, as it is mostly the case since 2001 (when I started to live, work or did some business in Paris.) 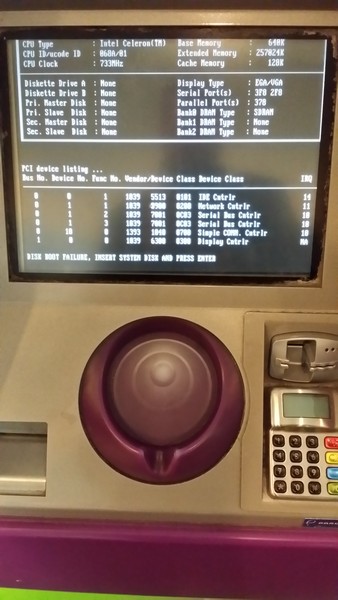 Disk Boot Failure (does it remember you something? Yes PC architecture) 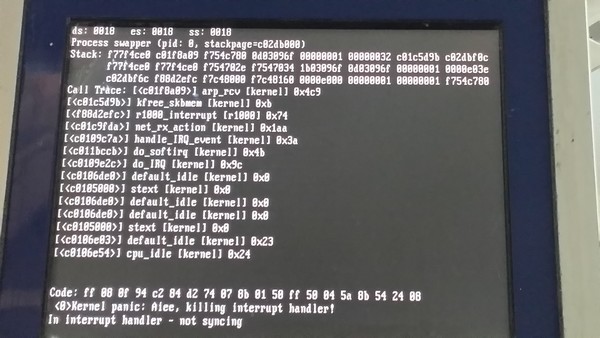 Yeepee! A Kernel Panic, a lot of fun for technical computer guys

All escalators were out of order and I had to climb it with my heavy luggages, blocking my back which was already painful. Some escalators have been out of order for months; other just needed a short inspection. It seems that it takes less time to construct a new escalator from scratch than repair or inspect it.

I eventually reached Chatelet les Halles alive, another well-known place for criminality, lack of security and thieves alike. I had to cope with urine smell, vagrant shitting butt-naked on the ground in front of everbody, young criminals smoking weed or whatever as even tabacco is prohibited.

I was asked if my luggage was really belonging to me and if I feel like to give it for free so that I would avoid a discussion with someone’s fist.

I finally enter into RER. It was stinky, dirty and many garbage were lying on the floor. The RER stopped for more than 20 minutes in a tunnel with no communication from the driver or staff members. If you ever need to go to toilets, you’ll have to endure, either toilets don’t exist in your car, or they are locked from inside. It happened that people pee in the train because couldn’t hold any longer.

I tried to take a RER A from my station at Houilles/Carrieres-sur-Seine which is only two stations away from La Defense. Usually at 6 o’clock in the morning it takes less than 10 minutes. After 7 o’clock it can takes from  30 minutes to as much as 1 hour. Today, there were a train failure on the railway, and because of that, trains were cancelled, and delayed. So more and more people stuck together, and finally one fainted. But it seemed really serious.

​​As a consequence, to avoid more delay, I took another line to Saint-Lazare station, hoping to find a train to La Defense. I was blocked in the train, in front of the station for 20 minutes before being able to disembark. There is an announcement saying that on the station railway there is a electric failure. Which had as consequence a real mess on the traffic. So again, trains cancelled or delayed, many people stuck in the train, and of course, people fainting. At that time, I could have taken a taxi… if they weren’t on strike (see my thought about taxi in Paris above). Finally I took a bus and walked a lot and arrived more than one hour late at work.​​​

2014-12-16 Tuesday morning
I couldn’t step in the train, too many people are stuck together. I have too wait for another one. Two trains pass the station without stopping. Finally the train initially scheduled to stop 10 minutes later arrived 20 minutes after.

2014-12-17 Wednesday morning
I had to buy a ticket. But the desk was closed. I wanted to buy it from vending machine, which were ALL out of order. To buy a ticket I had to go to another side of the station. 20 minutes later, after walk and queueing I missed 3 trains. 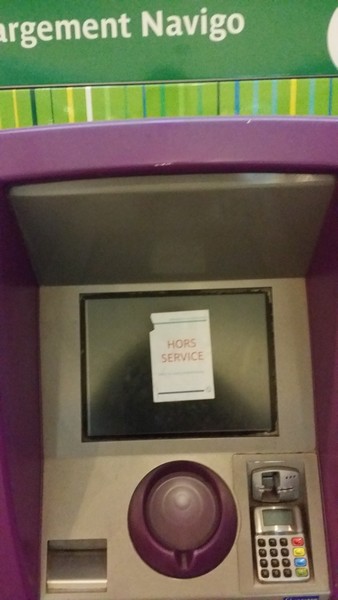 The SNCF/RATP Staff member is not at the desk please use Vending Machine (on the sign: « Out of Order ») 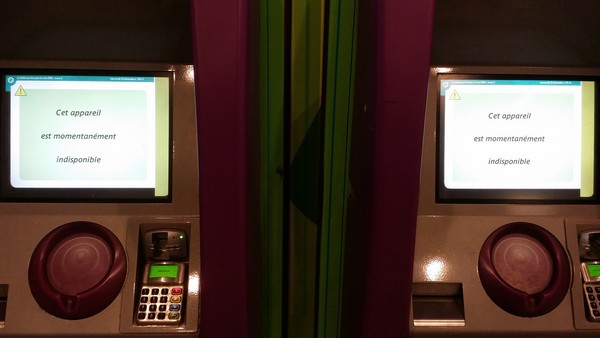 2014-12-17 Wednesday evening
Due to many issues (I still don’t know which kind of issues) I have to wait at the station for 30 minutes for a train to come. I needed to go to toilets so badly. No toilet at the station, no toilet on board. It was so painful it made me almost cry.

2014-12-18 Thursday morning
I waited for a train during 15 minutes. The train that arrived was completly full I couldn’t get in. I waited for the following that arrived with 10 minutes delay. Again 2 trains cross the station without a stop.

2014-12-19 Friday noon
I had a day off for health purpose because of last week blood gift (see plasma gift history). So I tried to take a train after office time. But since 10:45 an electric failure on the line stoped all train from and to Paris. 6 hours later, situation is still chaotic and a real mess. All RER are still cancelled. I took a rare train. It was stinky, dirty and disgusting. Trash everywhere, pee on the floor… The situation is still NOT under the control of SNCF/RATP.
It was a real mess related on the blog of RER A : http://malignea.transilien.com/2014/12/22/retours-les-incidents-du-vendredi-19-decembre/

If you understand french (or with the help of a google translator you will see that my adventure are not unique and a lot of people are mad, angry and have to face everyday problems on SNCF/RATP.

2014-12-22 Monday evening
Since 2014/12/19 I haven’t taken public transport from SNCF/RATP, only use private bus company and my Suzuki SFV 650 Gladius. But a problem with gear selector had me take the train today. In the morning the train I was supposed to catch was full again and I had to wait for the next one. It was written 10 minutes to wait, but after 5 minutes, the 10 minutes became 12 ^^. It seems to be a daily routine. So I arrived late at work. around 9:30 instead of 9. I finished at 19 o’clock. But on the way to the station I heard there were a technical issue on the line and all the trains going in my direction were cancelled. The traffic should go on again around 20 o’clock. So I waited. I entered into the first train that I could. Between office (La Defense) and home (Houilles-Carrieres sur Seine) there is only one station on the line RER A: Nanterre. At 6 o’clock in the morning it’s less than 10 minutes. Starting from seven thirty it’s from 30 minutes to one hour. The problem is inside Paris until Nanterre the line belong to RATP, from Nanterre to outside it belongs to SNCF. So in Nanterre the driver change from a RATP driver to a SNCF driver. This evening the RATP driver told us that the train was going in my direction and was stopping at my station. Arrived in Nanterre after more the 5 minutes, we were told by the SNCF driver that the train was going on another way and wasn’t stopping at my station! It took me more than one hour to go home. 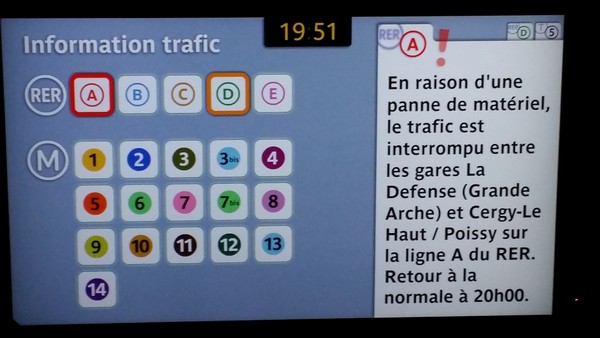 Yeepee! It has been a long time since last problem on RER A line…

2014-12-23 Tuesday morning
Today informations signs explain that SNCF/RATP will be on strike tomorrow, a day after christmas and during new year’s eve. Doing strike before Christmas it’s so mean. It means that tomorrow will be a hellish day in public transport. Today a lot of train are delayed, but for no reason, traffic is said to be normal. As a consequence, I arrived late today too.

2014-12-23 Tuesday evening
Rail failure on line RER A at 17:30, again. I have to wait until 19:30 for the traffic to start working again. At 19:45 it’s still chaotic. It’s always the same old problems at the same station: rail and electricity that were renewed one year or two years ago (I remembered clearly: no train during weekend and holidays for those constructions and a real pain to go to Paris for working). Constructions and reparations that have lasted a very very little time. And now it’s been wreck again. Whatever another proof of SNCF RATP efficiency and no explanation, no excuse, at least a very late announce. Acheres is the name of this station and famous for its daily failures even after months of reparation and renewal.

2014-12-24 Wednesday morning and evening
A strike started on ligne J and L. Line L and J are also passing by the same way than RER A. So whatever impact those 2 lines impact RER A. A lot of people at the station, faintness and chaos. I choose to avoid the chaos and take a late RER (late = after 8:30). As it is christmas eve, there are not a lot of people at the platform. Traffic is said normal for RER. But the train is going very slow and stopped on the railway several time. The way back in the evening was also slow and it took me 40 minutes to go home (instead of 10 minutes).

2014-12-25 Thursday morning
A computer failure erase all data from information boards. I didn’t know which platform is coming the train. As it is christmas there are not so many train. So I choose the wrong platform. When the train arrived, I had not the time to change and reach the train on time. So I had to wait for an other train. 8 hours later, the computer failure wasn’t repaired. 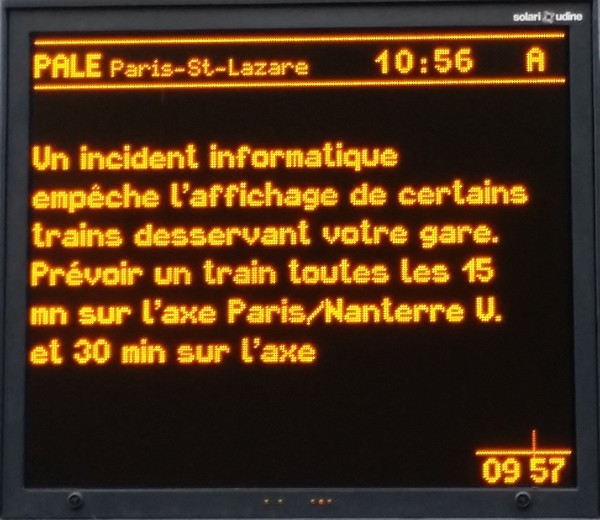 It is my daily life, so I don’t get my nerves out, but I feel really depressed everytime I had problem with public transport in Paris. And this is when there are no construction. Thinking that they will do major construction on the line during the whole year 2015 and untils 2021 makes me really really depressed. 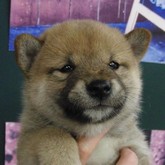 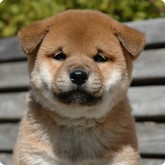 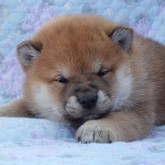